Skip to main content Skip to navigation
Friday, September 13, 2019 - add to calendar 12-1:30 pm
Off Campus
Event will be held at the Washington State Convention Center in Seattle.
$150 Register by August 30th here:

9th Annual Ruckelshaus Center Chairman’s Circle Luncheon: The Role of the Media in a Civil and Democratic Society

Join us for the 2019 Chairman’s Circle Luncehon! The event will take place on September 13th and will feature Robert Siegel, former host of NPR’s All Things Considered, who will discuss The Role of the Media in a Civil and Democratic Society.

Prior to his retirement, Robert Siegel hosted NPR’s award-winning evening newsmagazine All Things Considered. With 40 years of experience in radio news, Siegel
anchored the country’s most popular afternoon-drive-time news radio program and reported on happenings all over the globe from a variety of locations across Europe, the Middle East, North Africa, and Asia. He signed off his final broadcast of All Things Considered on January 5, 2018. Siegel is a recipient of the Edward R. Murrow Lifetime Achievement Award in Journalism, John Chancellor Award, and three Silver Batons from Alfred I. DuPont-Columbia University, amongst others. 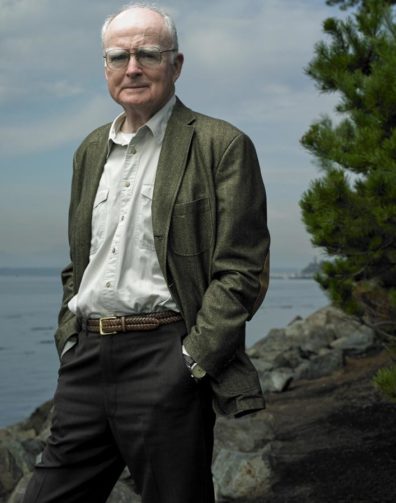 A portion of this program will also celebrate our founder and Advisory Board Chair, Bill Ruckelshaus, as he becomes Chair Emeritus. This event will honor and celebrate Bill and his contributions to our state, region, and nation as a leader in the public and private sector. His deep regard for, belief in, and commitment to our region and to public service have made a lasting positive impact. Join us to celebrate Bill and the ways the Ruckelshaus Center embodies his vision of addressing challenges and creating change.

The Chairman’s Circle Luncheon is an opportunity for you to advance the Ruckelshaus Center’s work bringing the expertise of our state’s premier research institutions to help community members, business leaders, and government decision makers collaboratively tackle complex, and often, controversial, policy challenges. The Ruckelshaus Center brings people together to sort through information, build understanding, and solve problems to improve communities and the state of Washington.