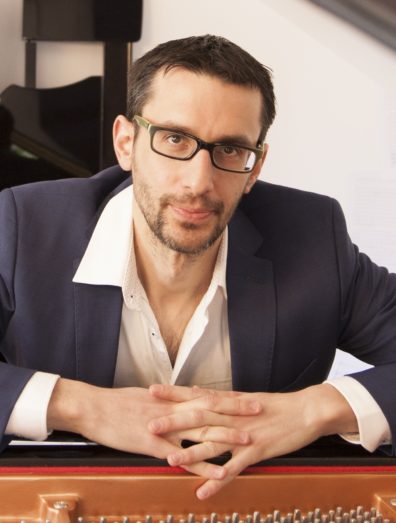 The WSU School of Music is pleased to present “Music of Amit Weiner” on Wednesday, October 11, at 8pm in Kimbrough 101. Dr. Weiner is an Israeli-born concert pianist and composer, who works have received wide critical acclaim. His compositions, arrangements, and music for films and TV have been performed, recorded, and broadcast across the United States (including New York’s Carnegie Hall) and in England, Japan, Vietnam, Malaysia, Nepal, Ireland, Israel, Austria, and Hong Kong, and Macau. Dr. Weiner is a senior member of the faculty of the Jerusalem Academy of Music and Dance, and is also Head of The Cross-Disciplinary Composition Division at JAMD.

Dr. Weiner will also be presenting a lecture on his music at 5pm, Wednesday, October 11, in Kimbrough 346. Both events are free and open to the public.