According to the global aerospace community, Cryogenic Fluid Management (CFM) has and will continue to play an essential role in enabling and developing technology in many areas, including propulsion both in-space and commercial, life support systems, fuel cells, cooling, refrigeration, liquefaction, and in-space resource utilization systems. The challenge thus arises to develop technology that is flexible, broad based, and applicable to multiple missions. While certain CFM technology has existed for decades, and while cryogenics in general has gained traction in the last decade, several key problems remain.  At NASA, CFM is now an integral part of all four mission directorates, including Human Exploration, Space Technology, Space, and Aeronautics. This presentation will cover the core CFM technologies, and recent CFM research and technology development conducted at NASA Glenn across the four Mission Directorates. But the emphasis of the talk will be on the open challenges and how research at the university level could contribute towards addressing these open challenges.

Dr. Jason Hartwig is a Research Scientist at NASA Glenn Research Center in the Fluids and Cryogenics branch. Jason received his B.S. in Physics and his M.S. and PhD in Aerospace Engineering from Case Western Reserve University. Jason’s main area of research is in the development of advanced propulsion concepts, both in-space and for commercial aircraft. On the space side, Jason is the PI for the Reduced Gravity Cryogenic Transfer Project investigating efficient chilldownand transfer methods for in-space cryogenic propulsion systems. He is also leading research, analysis, and technology development for other transfer aspects, including liquid acquisition devices and two-phase cryogenic flow cooling. He was a Co-I on the first ever hotfiretest of a liquid oxygen/liquid methane lander at thermal vacuum conditions. He is a Co-I on the famous Titan submarine and Triton Hopper vehicle design concepts. He is also the cryogenic fluid management SBIR and STTR subtopic manager. On the aeronautics side, Jason led the design of a cryogenic testbed for superconducting coils for future electric aircraft and is contributing to a new test rig to measure AC losses of superconductors 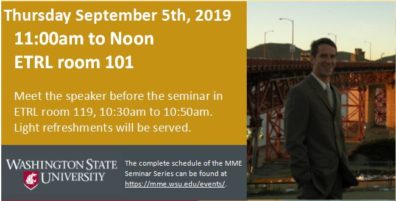