8 Ways to Accelerate Your Leadership Odyssey 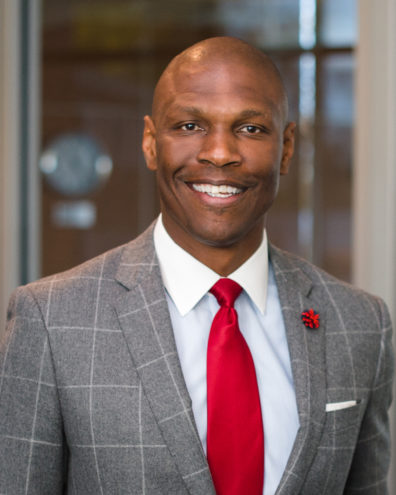 One of the nation’s most dynamic and youngest college presidents visited the WSU Pullman campus to discuss the ways in which students, faculty, and staff can cultivate their leadership skills.

Christopher Howard, the president of Robert Morris University, spoke about “8 Ways to Accelerate Your Leadership Odyssey” during his keynote remarks. He shared his playbook for developing character-based leadership skills—skills applicable to anyone, in any field, at any time, he told his audience.

Howard is a distinguished graduate of the United States Air Force Academy and earned a doctorate in politics as a Rhodes Scholar at the University of Oxford. He also holds an MBA with distinction from Harvard Business School.

Before being named the eighth president of Robert Morris in suburban Pittsburgh on February 1, 2016, Dr. Howard served 6 years as president of Hampton-Sydney College, a private, liberal arts college near Richmond, Va. Previously, he served as vice president for leadership and strategic initiatives at the University of Oklahoma, where he also served as the director of the Honors College Leadership Center and a President’s Associates Presidential Professor.

He is the founder and a trustee of the Impact Young Lives Foundation, a nonprofit organization that brings South African college students of color to the U.S. for summer educational and cultural tours. His wife, Barbara Noble Howard, is the foundation’s executive director and a native of South Africa. The Howards have two sons, Cohen and Joshua.