Soft robotics and compliant robotic mechanisms have achieved great popularity in the past decade within the academic community. This soft robotics approach is in stark contrast to the traditional paradigm of large, heavy, rapidly-moving robotics in isolated environments. The soft-robotic approach has shown a lot of promise because their compliant nature lends itself well to safety concerns in co-robotics environments and exhibits adaptability and robustness to uncertainty, such as in robotic grasping. However, this same intrinsic compliance in soft robotics is also its biggest pitfall – in many scenarios it is unable to exert necessary forces and control manipulator shape under external loading. However, biological systems abound where the primary method of actuation is the ability to adjust the stiffness of tissues in conjunction with localized muscle contractions. This seminar addresses several of the considerations associated with soft robotics including general approaches taken by many in the field, and the approach Dr. Swensen’s lab has taken in smart material selection, fabrication, geometric modeling of motion, and applications in medical robotics. 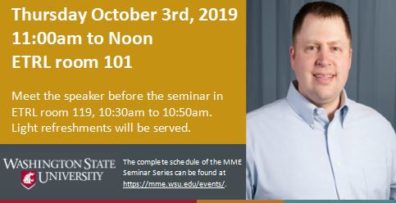